National parks are part of many travelers’ summer vacation plans. So many, in fact, that the more popular parks can get overcrowded. Some have even introduced shuttle services and other techniques to ease congestion and help with traffic problems. It’s a challenging issue – how do you encourage people to come and admire the natural beauty of some of the United States’ most spectacular landmarks without destroying that beauty at the same time? 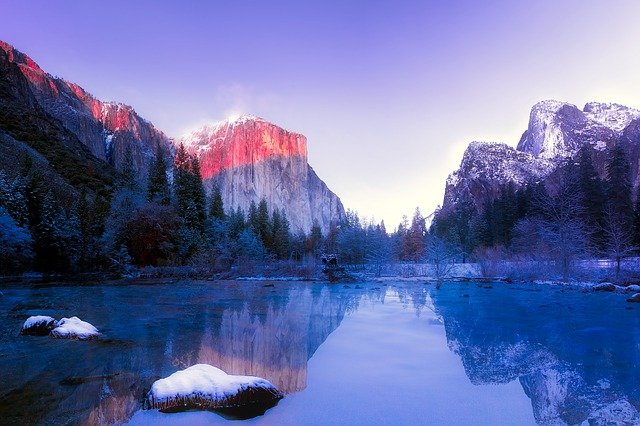 Rather than slowing down for the winter months, Yosemite kicks into gear with many cold-weather activities! Curry Village in the Yosemite Valley is hopping, with heated cabins and restaurants, and a rec room where families can play games or relax and read in front of a roaring fire. There’s an ice rink in the valley as well. Yosemite also has a downhill ski resort – Badger Pass – and plenty of places for sledding, cross-country skiing, snowshoeing, and more. The park’s lodges are also open for business, and there’s nothing quite like Sunday brunch at the Ahwahnee Hotel while you gaze out the massive picture windows at the snow falling gently outside. 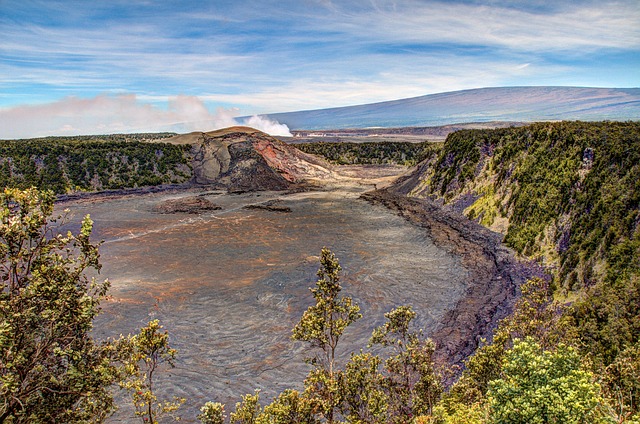 The temperature at Hawaii Volcanoes National Park only varies by about ten degrees between summer and winter. If you’re coming to Hawaii to escape the cold winter weather of your home state, the 68-degree weather that is the average in winter will feel absolutely heavenly. There’s plenty to explore at Volcanoes National Park, which is home to the Kilauea Volcano that erupted in May of 2018. The volcanic activity and the scenery that resulted from that activity is fascinating to explore. Be sure to bring waterproof clothing as it rains frequently near the park, and bring layers because temperatures get chillier as you go up in elevation. 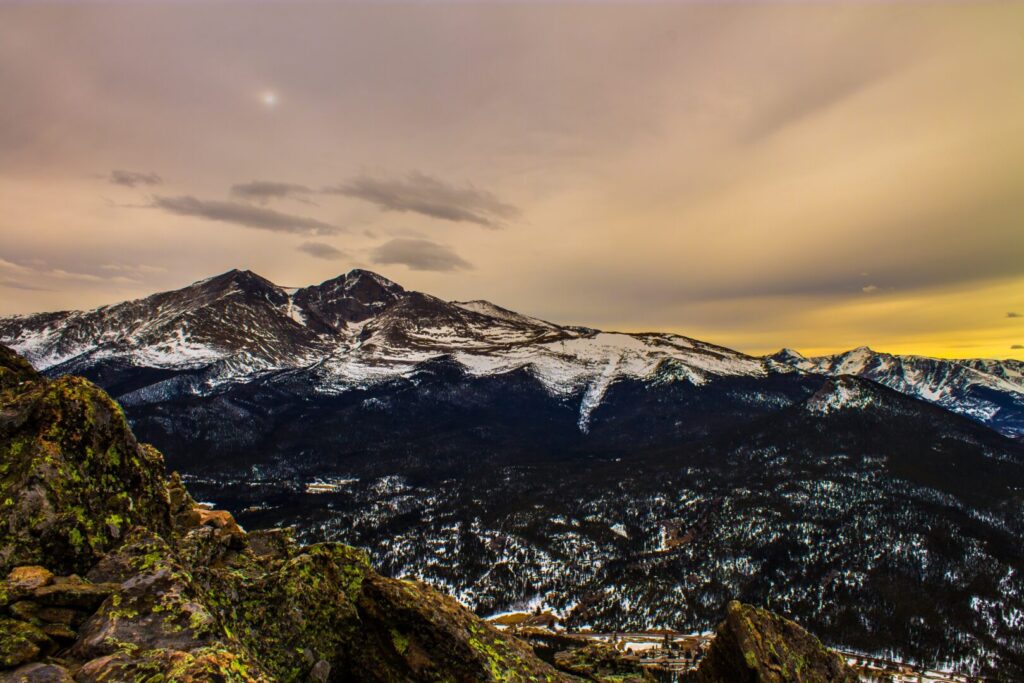 If Coloradans waited for warm weather to explore their state, they’d have a very narrow window! Thus, Rocky Mountain National Park is open year-round and you can snowshoe, cross-country ski, hike, and sled throughout the snowy winter months. Trail Ridge Road, which is the highest paved road in America, and the road that connects the east and west areas of the park, closes when the snow gets too deep and driving becomes treacherous – usually from about October to Memorial Day. After that point, many people tend to stay on the eastern side of the park and you can have a pleasant vacation spending your time there and in the nearby mountain town of Estes Park. 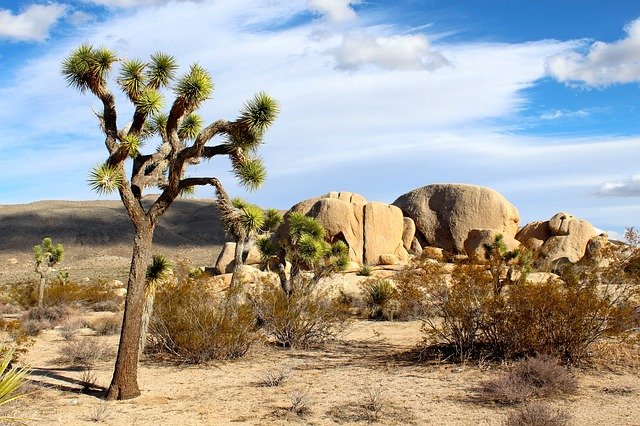 Desert parks, which can often be extremely hot and uncomfortable in the summertime, are especially pleasant in winter. Joshua Tree averages in the 60s and 70s from October through May, and the cooler months are a great time to hike, rock climb, camp, or take a horseback ride and view the trees that give the park its name…and look like alien plants from another world. 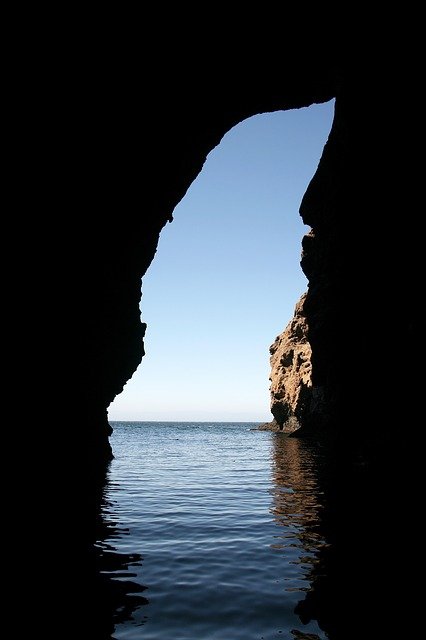 These islands off the coast of Southern California have isolated species including island fox and deer and Channel Island spotted skunk that can’t be found anywhere else. It does get a little chilly in the winter months, but December through March is also the best time to see migrating gray whales, along with sea lions, dolphins, and possibly orcas. 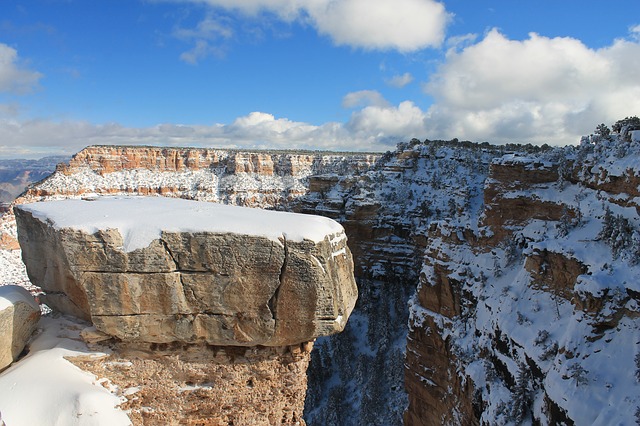 The Grand Canyon in winter is a spectacular sight. The snow on the canyon, coupled with the fact that there are fewer crowds than there are in summer months, makes winter a beautiful time to visit the park. The north rim of the park closes in winter, but the south rim of the canyon stays open year-round.

While the bats that inhabit Carlsbad Caverns will have migrated south for the winter, the caves themselves are still easily navigated since they’re underground. The caves are also the same 56-degree temperature year-round, so they won’t be any colder than usual. You can visit the Big Room with its cave pools and stalactites…but without the horde of visitors that are usually wandering through it during the summer. 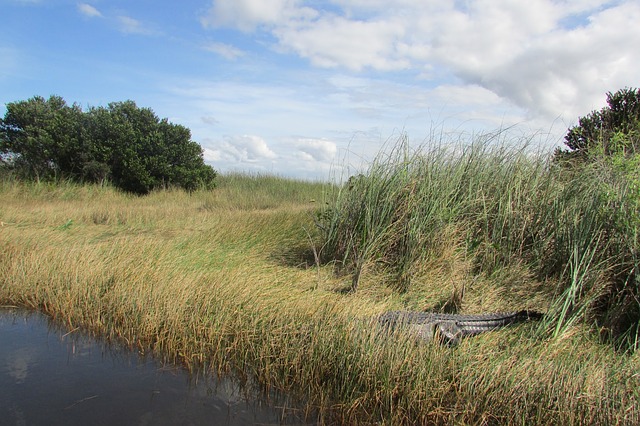 Everglades is one of the few parks that’s busier in winter than summer because the weather is so much more pleasant then. So while you won’t get fewer tourists in the park in winter, you will get pleasant weather, less humidity, and fewer bugs than you would if you visit in the summer. Go canoeing or kayaking, or on a tour boat looking for alligators, manatees, and other Florida wildlife. 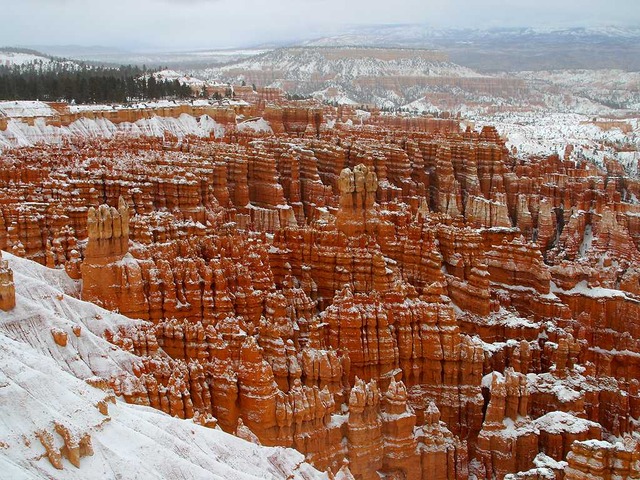 The hoodoo formations at Bryce are fascinating and fun to see any time of year, but the summer months can get hot and dry…and crowded! March, on the other hand, has considerably fewer visitors and although the temperature can be between 18-44 degrees, if you dress for the weather you can take advantage of a much less trafficked park. You can hike to the hoodoos, or cross-country ski along groomed trails to investigate them up close.

Which National Park is best in winter?

When visiting national parks in winter, you’ll want to decide between two preferences. Do you want to go to a beautiful, snow-covered park with winter activities? Or do you want to escape cold and snow and head to a park that stays warm year-round? Both options have their advantages and both can be the source of exciting winter adventures! RVshare’s national parks page has links to each park you can visit, as well as information on weather during the various seasons at the park to help you plan your visit.

Do National Parks close in winter?

Most national parks remain open in winter, but many may have reduced hours or services. Several of the lodges in Yellowstone National Park, for example, close for the winter although it is still possible to find lodging in the park. Also, in areas that aren’t near winter skiing or other attractions, nearby towns may have limited services in winter. Some parks, like Rocky Mountain National Park, have roads that you may plan to take through the park that are closed for the winter. Be sure to check your plans ahead of time to make sure everything you’d like to do is open when you plan to visit. Even parks in warmer areas may have reduced hours at places like visitor centers or restaurants since they tend to attract fewer people during the winter months.

With Earth Day just around the corner, you may be wondering how you can celebrate the holiday with your kids….

Our 11 Best Tips for a Road Trip With Friends

Taking a road trip with friends can be an incredible experience. It’s the perfect way to reconnect with old friends…

Protecting Land, Water, and Wildlife: How You Can Help Conservation Efforts This Earth Day

Earth Day is just around the corner. Obviously, we should always be finding ways to help conservation efforts. However, this…

From coast to coast, America’s National Parks draw thousands and thousands of travelers to their phenomenal visitor centers, awe-inspiring landscapes,…

One of the best things about RVing is there’s not one specific way you have to do it. There are…

National Parks and the Military: Benefits and Services for Active Duty Military and Veterans

The national parks of the United States are some of the best things about our country. Everyone deserves to explore…