If you’re considering a Keystone RV to rent or purchase, it’s helpful to know more about them. Unlike buying, say, a light bulb or a new breakfast cereal, deciding on an RV is a big decision! It helps to know about the company behind the vehicle you’re trusting to carry you on a family vacation or possibly even trusting to become your new home. 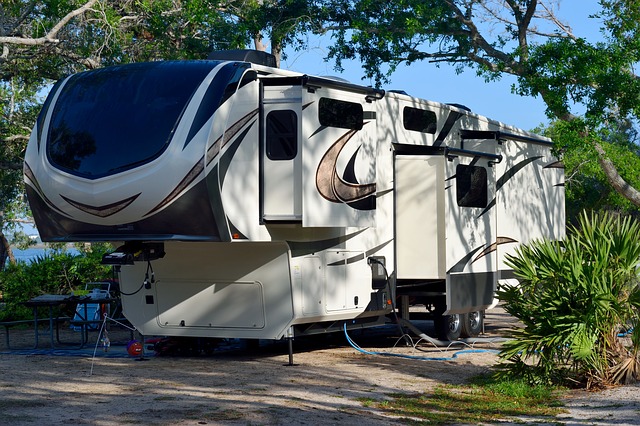 One way to determine whether your RV is being made by a reputable company is to determine the owner of the company. You don’t want a fly-by-night manufacturer who will be gone in a year or two. You want an RV made by a trustworthy company with a good reputation.

Judging from the number of Keystone RV brands on the road, you can probably tell that they’re a pretty big business. However, they’re owned by an even bigger business.

Keystone RV was founded in 1996, and was purchased by Thor Industries in 2001.

Keystone RVs are some of the most popular in the world, and the company is one of the largest RV producers in North America. They’re also one of the biggest producers of fifth-wheels and travel trailers.

Chances are, you’ve seen several different Keystone models on the road or at various RV campgrounds. Here are a few of the most popular Keystone RV models – :

Thor Industries bought Keystone in 2001 – five years after it was founded. Before that, Keystone was independent. Keystone is now run by CEO Matt Zimmerman and has around 200 employees. 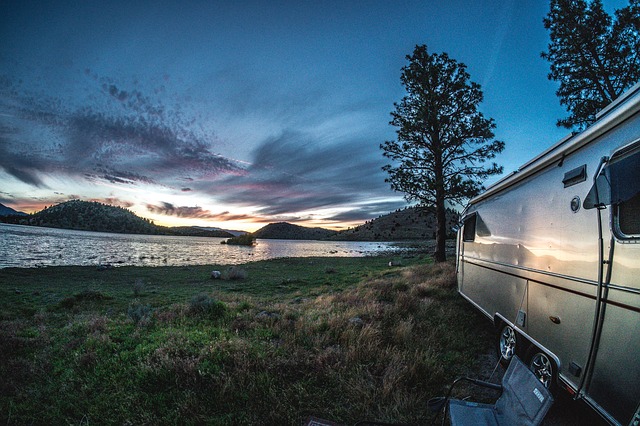 Thor Industries is based in Eklhart, Indiana. They are also the owners of Airstream, Heartland RV, Jayco, Dutchmen, and other RV makers.

While it sounds like the company may have been named after the Norse god, it’s actually a combination of the last names of the founders – Wade F.B. Thompson and Peter Busch Orthwein. The CEO is Robert Martin.

Where is the Keystone RV Manufacturing Plant?

The Keystone RV manufacturing plant is located in Goshen, Indiana. Visitors can actually tour the plant to see how their RV is built. There’s a list on Keystone’s website explaining the RV plant tours, and which model tours are on which days so you can even ensure you get to see your model of RV being built.

Keystone RV is the largest maker of fifth wheels in North America. If you’re considering a Keystone fifth wheel, toy hauler, or other Keystone RV, it helps to know who’s behind the company and whether they are reputable.

Thor Industries is definitely not a stranger to the RV market, and they have their hand in the manufacturer of many different motorhomes, trailers, fifth wheels, toy haulers, and more. They’re also a company that has been around a good long time, which is important when you’re buying a new vehicle. You want to be sure if something goes wrong, that the company is still in business and able to help you with any problems.

Thor Industries has been in business for 40 years and has acquired some of the highest quality RV brands out there, including Keystone. They know the RV business, and Keystone has been making reliable, well-reviewed trailers for almost 25 years.

If you want to try a Keystone RV before you commit to buying one, RVshare can help! Check out the list of available Keystone RVs that you can rent. Then – rent it and take it for a spin for a few days! There’s no better way to decide whether an RV is for you than to actually live in it and use it for several days (or more) before committing to buying it.

If you’re considering a Keystone RV to rent or purchase, it’s helpful to know more about them. Unlike buying, say,…

Can I Plug My RV Into my Dryer Outlet – SOLVED

When you roll into your driveway at the end of your RV battery life after a long RV trip, it’s…

At RVshare, our goal is to make RV travel a reality for everyone. Through transactional rental, we empower owners to…

What are RV Interior Walls made of – Click to find out!

You probably spent a lot of time choosing your RV. From the class of motorhome to the engine size to…

Best Diesel Motorhomes for the Money – View our top 5 picks

Many people dream of someday owning a Class A diesel motorhome. If you’re new to RVing, it may seem baffling…

At RVshare, our goal is to make RV travel a reality for everyone. Through transactional rental, we empower owners to…